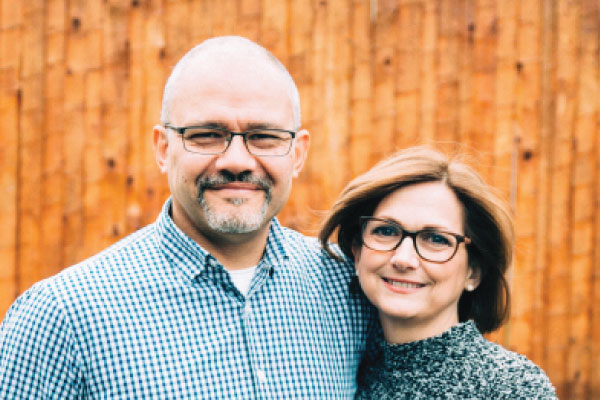 Following a life-changing encounter with God in 1984, Howard made the decision to lay aside a career in music to pursue God’s will for him. He became deeply involved in a church in Blackpool, England, where he married Cathy and became father to two children, Joel and Rebekah. In January 1999, Howard and his family moved to Kenosha, WI via a company transfer and joined Living Light Kenosha. In 2007, Howard and Cath joined the planting of a new congregation in Racine, where he was set in as an elder in 2010.

In addition to his eldership responsibilities, Howard runs a sales and marketing consultancy firm, Sales Direct LLC, which specializes in professional recruitment. Cath works as an administrator for Living Light Racine.